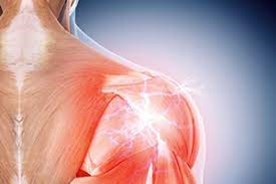 Injury to rotator cuffs is common in the sporting industry and to the general population. There is a high burden of injury associated with rotator cuff injuries as the resultant limitations to everyday activities are highly restrictive, and the rehabilitation process can be long and complex. It is imperative that patients have a knowledgeable and experienced health professional to help guide their post-operative progression and return to full function.

During the early stages of rehabilitation, reducing inflammation and pain is prioritised, followed by restoring range of motion passively, then actively. One of the final stages of rehabilitation should be exposing the shoulder to ‘dangerous spaces’, whereby individuals should strengthen the shoulder and surrounding structures in ranges of motion which are common to their job, sport, or hobby. These are most commonly positions where the arm is abducted, overhead, internally, or externally rotated, or a combination the lot.

Exposing the shoulder to dangerous spaces can be as simple as adding load (e.g a dumbbell / band) when the shoulder is abducted to 90*, 135* and 180*. It is easy to change target muscle groups by switching from standing to lying prone (face down) or supine (face up), to apply flexion and extension force vectors through the joint.

It is important to build strength in these areas in a similar way you would any other injury: isometrically, eccentrically, concentrically, then slowly introduce plyometrics. During late-stage rehabilitation, ‘tantrums’ are a great exercise to expose the shoulder to high force generation and absorption and the dangerous positions. Tantrums involve oscillating the abducted and externally rotated arm back and forth between to bands to emphasise force generation and absorption. Follow this link to check out how to perform a shoulder tantrum.

Be sure to ask your practicing health professional how to best go about your rehabilitation process.

Progressive overload: Why your progress may be slower than you would like – Lori Ryan AEP